Galleri Thomas Wallner is pleased to present our second exhibition with the work of Anders Krisár.

Krisár’s work focuses primarily on sculptural objects and photography. His practice is conceptually motivated, often autobiographical in content, and invariably executed with the utmost technical precision and attention to detail.

The exhibition showcases several new works, all of which were created in 2011 to 2012. For Ms. Universe (2012) the artist constructed and fitted a suit for his wife, which now rests on the floor turned inside out, reversed as clothing for the room, gallery, world, and beyond. From the perspective of the garment, the outside becomes the inside, but then what has become of the inside? Janus (2012) also plays with the illogic of turning the inside out: an expressionless face framed within a fiberboard box morphs between a positive image and a negative one, depending on a viewer’s distance.

Central to Krisár’s sculptures is the subject of self-definition. In New Man (2011), Krisár constructs an identity through accumulation; a lifetime of all new clothing acquired over the course of one day in New York, wrapped together to form a whole, layered upon itself from infant to adulthood. 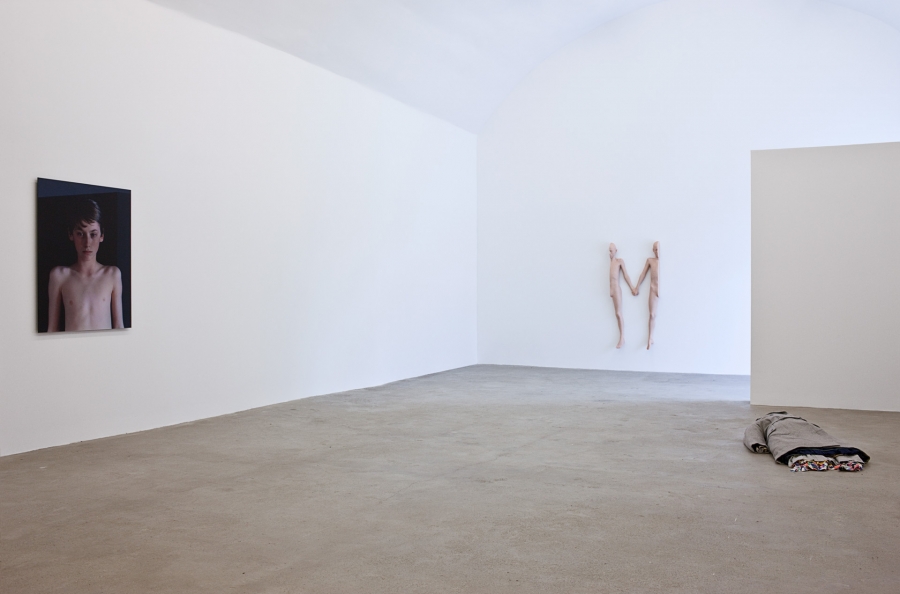