Galleri Örsta is pleased to present Missed Mother by Anders Krisár who focuses primarily on sculptural objects and photography. What defines Krisár’s particular worldview is his keen sense of aesthetics, which manages to balance his need to investigate deep-rooted traumas with stringent conceptualism.

For the first time Krisár is showing works in marble. The stone as a geological object is here critical for the meaning of the work. One of the works features Krisár’s and his mother’s faces cut from the same block of marble. Their facial features were sculpted out of the stone as if they had been subterraneously facing each other nose-to-nose with eyes closed for millions of years. In another related work, the mother’s face is fashioned from a block of marble in the negative, with the chiseled remnants laid to rest in a delicate pile of flakes and dust inside the stone from which they were carved. Both of these works thematize separation and loss in terms that are equally conceptual and concrete. This oscillation between revealing and concealing, accessibility and inaccessibility, is at the core of this project.

For Eva (2016), the face of the artist’s recently deceased mother was cast in gold from her death mask. The funds for the work were derived from the entirety of the inheritance that the artist and his brother received from the sale of their mother’s home. Gold, no matter how rare, is replaceable and exchangeable.
The complex singularity of a person, however, is absolutely irreplaceable. And so in Eva, it is not the preciousness of the gold that adds value to face of the person, but the preciousness of the person that adds value to the gold.

Unlike his previous interlaced bodies and torsos that are both one and two, Half Girl (right) and Half Girl (left) (both 2016), introduce an infinite distance within the self to which no reconciliation seems possible. Half Girl (left), made recently after Krisár’s mother’s passing, is the first sculpture in his oeuvre that does not have the sense of an inner force; it is the only figure of which gravity seems to take hold.

In many works the function and nature of the materials used seems like an attempt to rationally compare and understand the nature of emotional attachments and intimate and complex human relationships. The character and qualities of the chosen materials, be it bronze, wax, gold or marble are often themselves important bearers of metaphor, integral links in a chain of meaning. 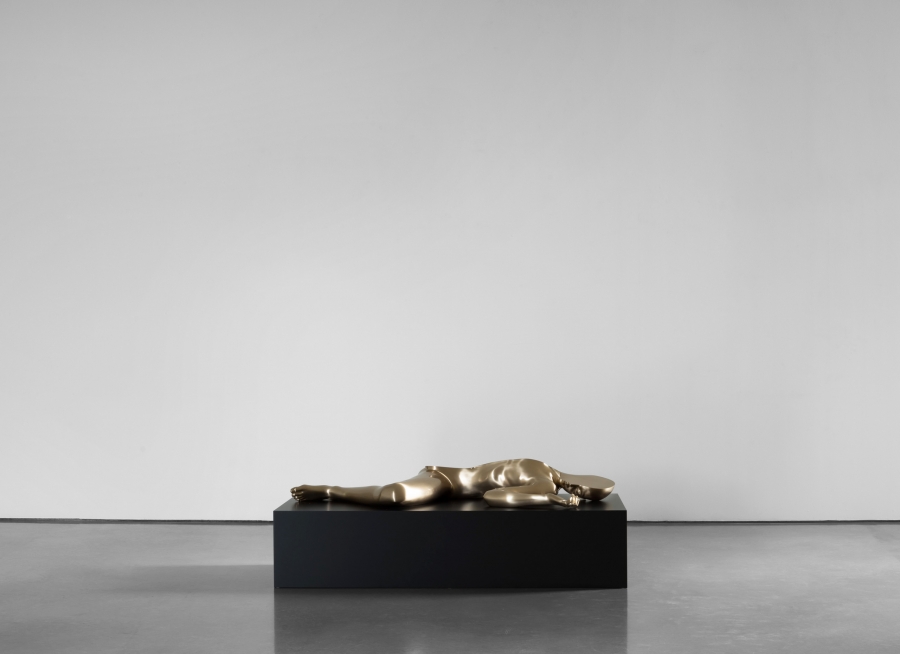