Anders Krisár, a young Swedish artist, makes his debut exhibition at Galerie Lelong with haunting and enigmatic photographs of hidden figures in a landscape and a series of sculptural portraits. The exhibition, entitled Close, please, opens to the public on Saturday, December 13th.

Close, please lays out the central idea of the show: images and memories which may seem clear, and near to us physically, are in fact be hidden from us, and buried in the unconscious. Krisár presents a trilogy of large-scale landscape photographs, entitled Hiding the Hidden, which were photographed in parks the artist visited as a child. The photographs have an impeccable surface and detail, calling to mind conventions of nineteenth century landscape painting, both in appearance and in atmosphere. A sense of mystery pervades the work, leaving us to question what is hidden, who is hiding.

The artist also exhibits a series of photographs of pewter ìdeathî masks the artist cast of family members faces, which were each cast from the same pewter cube, and remolded to make the next one. The images of the individual masks are exhibited in photographic form, as fugitive traces, while the pewter block, seemingly inanimate as a block, is exhibited as matter, imbued with the residue of each cast face.

Other portraits with metal and magnets cause us to think on the relationship between attraction and repulsion, and the close border between knowing and unknown, especially as exists among our family constellations.

The exhibition is completed by Flesh Clouds. These photographs which appear as ghostly metaphors for the human form caught between nature and the urban environment. In Close, please, Anders Krisár presents works which speak to us of loss, mystery, beauty and the fragile connections of the human condition, as seen through the lens of family matters and connections. 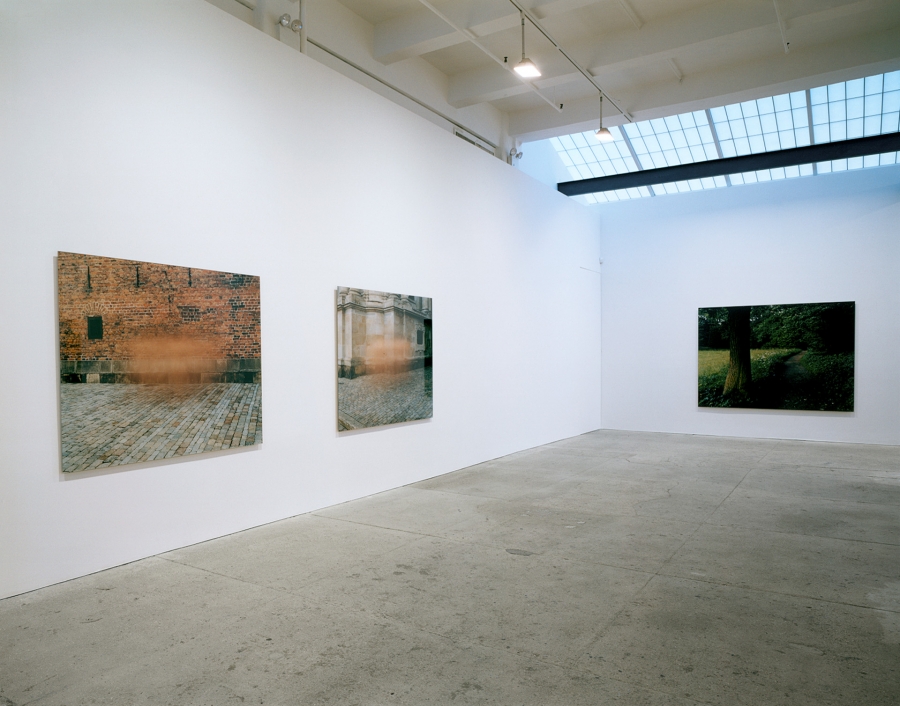