On Thursday 25 March Mia Sundberg Gallery will open an exhibition with new works by Anders Krisár. At the same time his new book Family Matter will be launched.

It is highly unusual for a previously unknown artist to get as much attention as Anders Krisár, and in such a short period. In the beginning of last year he showed his first work ever at Mia Sundberg Gallery. Chords No. 1-17 is a series of supernaturally sharp photographs of beaches in the Seychelles, accompanied by piano chords on a CD. The exhibition was well received, the lavishly produced book that documents the project was named 'photographic art book of the year' in Sweden in 2003, and in December Anders Krisár opened Close, please, a solo exhibition entirely consisting of new works at the renowned Galerie Lelong in New York.

Mia Sundberg Gallery is now exhibiting these works in Stockholm. Anders Krisár's artistic practice is changing and developing at great speed. His second show is explicitly personal and auto-biographical. Like before, he is extraordinarily precise about the visuality and the technical execution of his works. The imagery, however, is no longer to do with exotic holiday retreats. A Swedish audience will easily recognise the outdoor settings, such as the parks at Haga or Hässelby or the Riddarholmen church. Some of the works also portray the artist and his immediate family.

We are not always being told the full story. The photographic prints entitled Hiding the Hidden may come across as any other dream-like view from a landscaped park. The large format (180 x 230 cm) reveals every single leaf of grass, every crack on every tree trunk in almost spookily minute detail. At the same time, there is an inexplicable golden haze to these early summer vistas. How important is it, really, to know that the artist's parents - one of them or both - are hiding behind the trunks in the very instant when the picture is taken?

The installation Family Matter is a more straightforward affair. Anders Krisár made 'life masks' of his two aunts, his mother, his brother and himself. The first mask was cast in tin, photographed, and then melted down to be recast into the next mask. This process continued until this whole family, except the father, was depicted against the pitch dark background as eyeless and earless faces of shining metal. The five photographs (27 x 34 cm) are shown together with the tin cube (11.5 x 11.5 x 11.5 cm) that is the remaining material evidence of all this activity.

The sculpture One as Two is even more personal, but also stylised and 'staged'. The facial masks of the artist and his mother reappear in three-dimensional form. The mother's face has been cast in metal, and has had strong magnets attached to it. Their power of attraction attaches the son to the mother. Viewers must judge for themselves whether this should be understood literally or figuratively, or both ways.

The still unfinished photographic series Flesh Clouds (141 x 180 cm) hints at what Anders Krisár may be focusing his future interest on. A hovering half transparent skin-coloured gaseous cloud has somehow made its imprint on the negative, in front of the neatly pictured old brick wall. Again, we may ask if we really need the whole background explained to us. Perhaps it is enough to know that moving naked bodies can cause this effect if the time of exposure is sufficiently long. 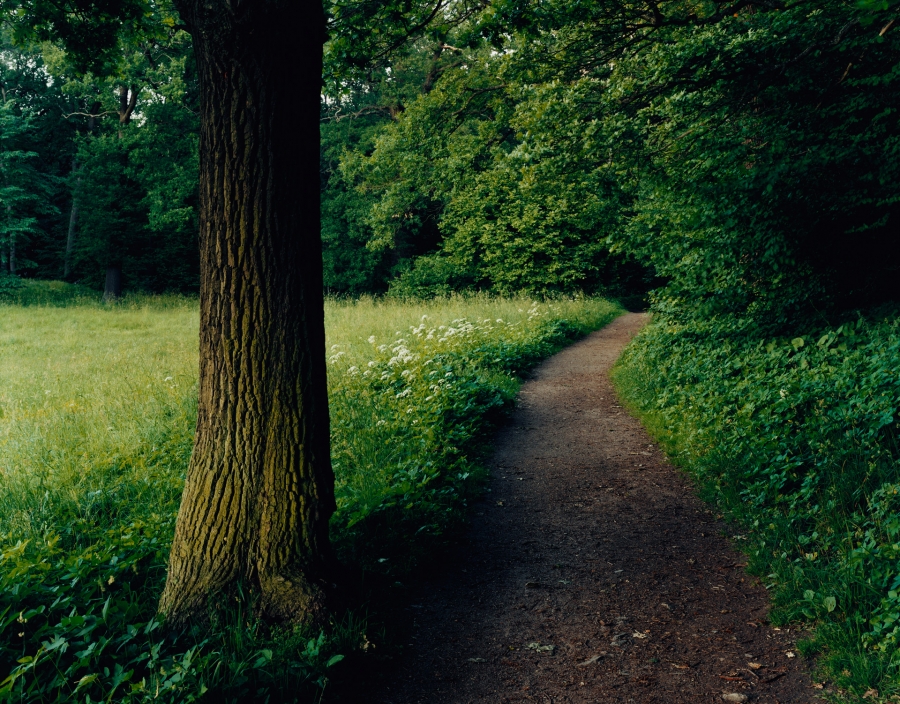