Fotografiska Galleriet is pleased to present the Anders Krisár's exhibition Flesh Clouds witch includes work from Flesh Clouds, 2003, Mist Mother, 2006 and Janus, 2006. Krisár works in a very slow and elaborate way and it is the first time that works from the whole series are shown together. The exhibiton also includes two of his most recent works Johan, 2009 and Jeanette, 2010.

In Janus, 2006 we are given a view that is directed over a curtained threshold. Through the curtains, over the threshold, a cloud of flesh is visible. The source is unknown, the outline indistinct. But the sense of something happening, the sense of some unknown drama taking place, is apparent everywhere in the image. A faded stretch of wallpaper, the worn edge of a doorframe, a set of velvet curtains—through the careful composition of elements, the theater of the image is erected.

This effect is a result of a well-orchestrated performance. A dozen or so people (including the artist) were asked to strip off their clothes and run around each other in a circle for a lens exposure of up to 5 minutes. To create Mist Mother, 2006 Krisár and his brother repeated the process but now in front of their mother.

Jeanette, 2010 refers back to the series Bronze/Wax, 2005-08. There the mother’s face, cast in bronze and literally burning to the touch, was placed a centimeter away from the artist's cast in wax. Slowly, as the work progresses and the mother’s face heats through, the artist’s face grows lax and loose. It begins sliding downward in a slow cascade of disfigurement, and then is finally unrecognizable altogether. The material of wax is, according to the artist, a direct link to the haze in the photographs.

Flesh Clouds is both a literal and pictorial entryway into the work of an artist who creates dense and mysterious narratives out of very simple means. Krisár’s work tells stories, restaging Gothic themes and tales in acutely contemporary ways. He does this with exceptional efficacy, carving out dramatic narratives through implication and association, thereby creating work that does much more than it logically should, and an art that tells more than it initially seems. 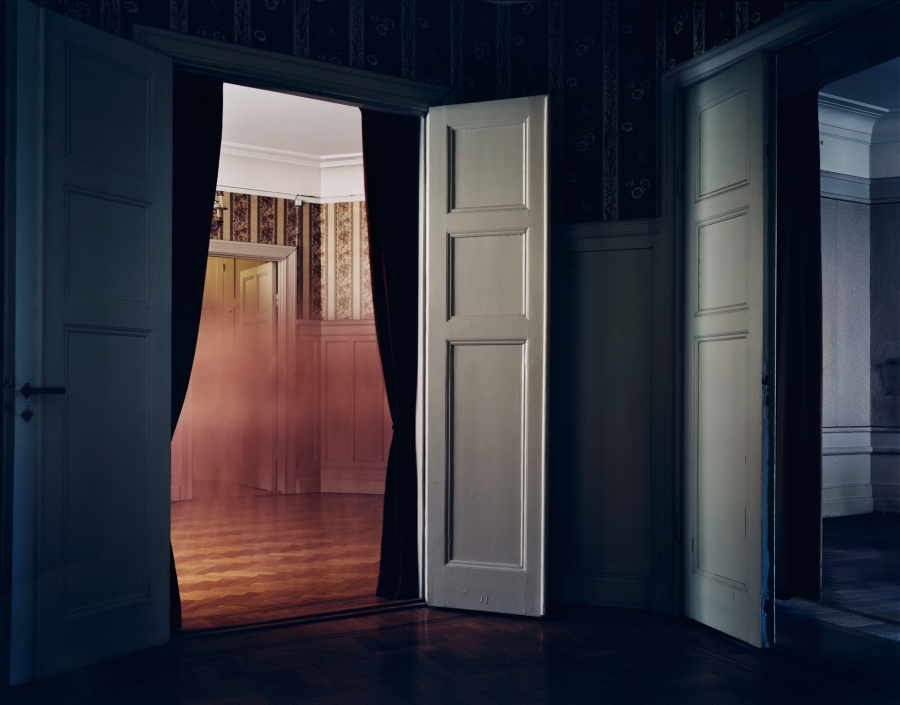